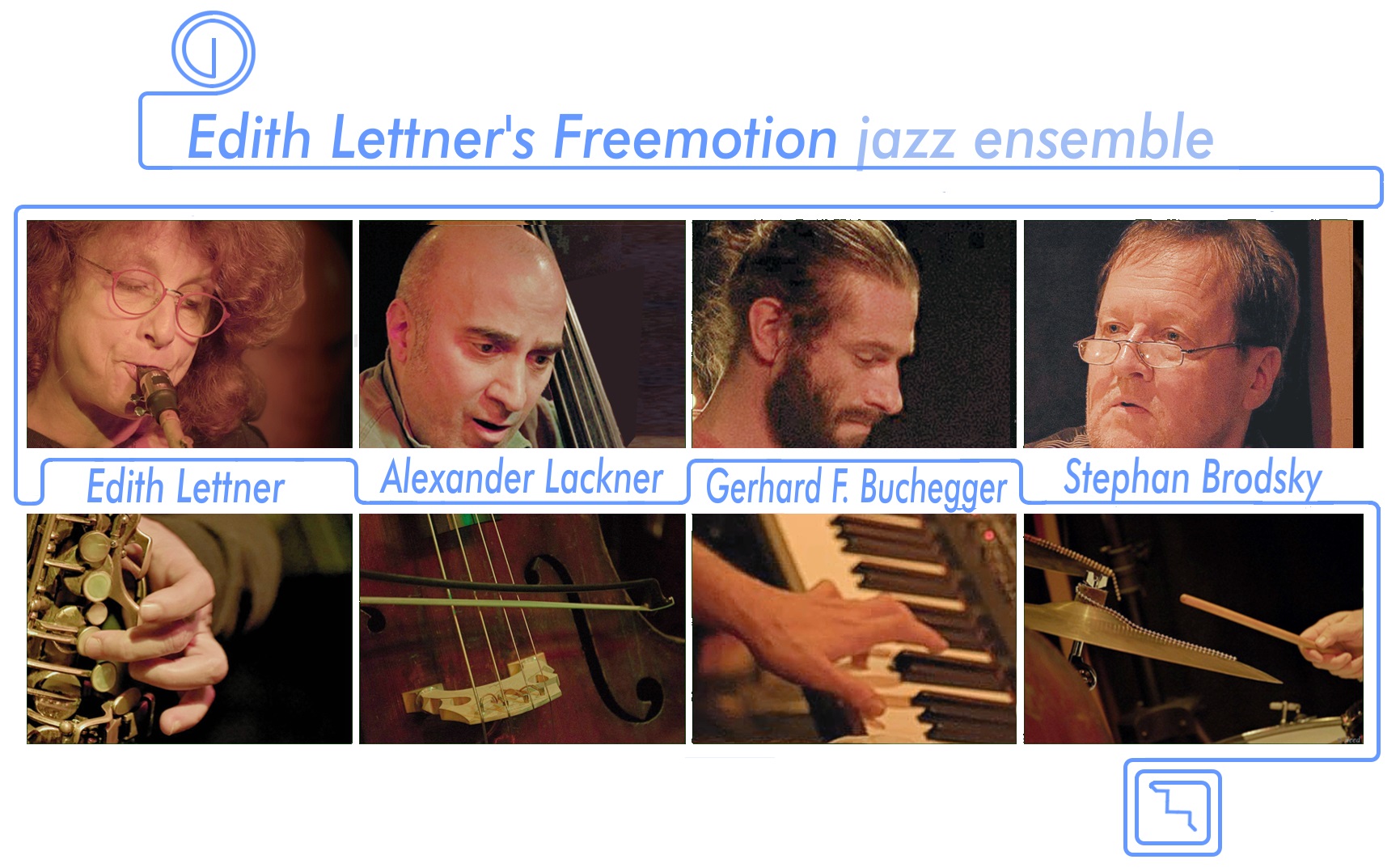 Edith Lettner is a unique and versatile musician and composer who plays alto and soprano saxophone as well as the duduk, an Armenian woodwind instrument. She is known for her performances of African and Middle Eastern music as well as Jazz and improvisational music, where her primary interests and exceptional musicality lie.

For years she had envisioned an open musical landscape for creative ideas without stylistic limitations. She realized that vision in Vienna in 2005 when she founded Freemotion, her own quartet of remarkable, like-minded musicians dedicated to playing all original compositions. The result has been the ever evolving creation of groovy, melodic and varied jazz, which at times sweeps dramatically through a broad spectrum of emotions and sound imagery, but just as frequently imparts pure, simple joy in the creative flow of sound and rhythm. Theirs is complex music; harmonies are simultaneously juxtaposed with atonal melodies and solos, and rhythms vary over a wide spectrum both within and between compositions in what Lettner describes as original “groove creations” influenced by African and minimal music and hip hop beats and swing. But make no mistake, complexity does not come at the expense of accessibility; this is a music of universal enchantment, appealing equally to the finely tuned sensibilities of the long-time jazz aficionado and the general appreciator of good music regardless of genre.

Lettner, who is well known in the New York jazz scene, composes most of the group’s music, although she regularly brings in compositions from the other band members, whom she thinks of as “sound artists”: Alexander Lackner (upright & electric bass), Gerhard Franz Buchegger (piano & keyboard) & Stefan Brodsky (drums & percussion) are widely known and respected musicians in Vienna. Two of these musicians have played with Lettner for over 20 years and it shows. This is a tight band; it has to be given the complexity of the music nested within a governing spirit of free motion that opens up plenty of space for improvisation and dynamic interaction. ( J.F. O´Neil )